Doug spent his afternoon grooming the course yesterday.  The Ski Club kids were making their own track, and half-way through grooming Doug came by on the fancy 4-Track.  There were lots of whoops and hollers as the kids got to ski fresh corduroy - even though it was soft and hadn't set, it was better than the snow-shoeing they were doing.  Doug was gracious enough to go back and clean up the mess our skis made on the fresh groom.
I don't know if he set the classic track after we left, but I plan to go check it out later today and will report.
The snow is still thin, so watch out for gravel - it tripped up my son pretty good and tore off a piece of my edge.  Rock skis are still in order. More snow is coming, though.  I read that the second half of our winter was going to be a lot wetter than the first half.  That'd be great, as long as the temps stay down.
Happy Trails. 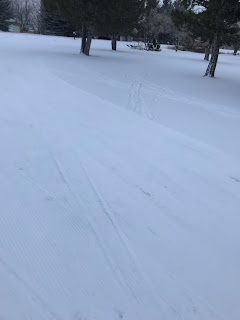 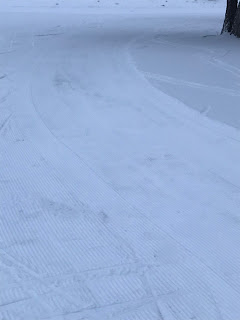 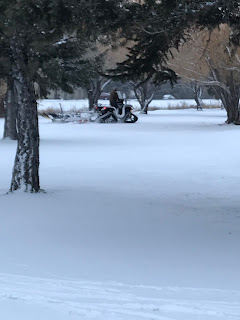